Alex Frew was born on 24 October 1877 in Kilmarnock. He was already established as a top class rugby footballer, having represented the South -West District as a Kilmarnock player, prior to attending Edinburgh University to study medicine. His passion for the game meant that he played for Kilmarnock at the start of the season and during holidays, representing Edinburgh University for the bulk of the season. In 1899 he gained his first Inter-City cap in the Glasgow v Edinburgh fixture, a match then considered to be an international trial. In 1901 he gained his first cap against Wales and he went on to win caps against Ireland and England that season in the Triple Crown winning team. Records show that he played out of Edinburgh University when winning these caps, but he was the town’s first Scotland cap.

Later that year Alex was back with Kilmarnock RFC permanently and playing for the Western District team. However, in December 1901, with a second season in Scotland colours literally weeks away, he was on his way to South Africa and to the Boer War. His brother, J.M. Frew had returned to Kilmarnock from the war and was hotly tipped to gain his first cap in the 1902 series. However, worsening situation in South Africa meant he returned before he could follow in his brother‘s footsteps. Another brother, Hector, followed the same route to war and all three eventually made their homes in South Africa.

Alex played for Diggers RFC and represented the Transvaal. After captaining Transvaal to victory over the touring British Isles team, Alex was selected to captain South Africa in the first of a three Test series. He scored a try in a drawn game, with South Africa winning the series. It must have been strange for Alex captaining an international side against his home country and particularly pitting his wits against the Lions captain Mark Morrison, who had been his captain with the successful Scottish team of two years earlier. It is not clear why the try scoring captain of an undefeated team did not win any further caps for his adopted country. Perhaps he opted not to play any further part. It would be interesting to learn the reason. Alex was the 68th player to be capped for South Africa.

Transvaal originally played in blue and white jerseys but switched to a white jersey with a single red hoop. It is unsure when exactly this change took place, but was this in homage to Alex Frew whose hometown team in Scotland, coincidentally, wear the same style of jersey? To this day, The Lions, the professional team from Transvaal, wear these same colours. Alex died in Hout Bay, South Africa on 29 April 1947 aged 69.

A final interesting fact about Alex is that the tennis champion Frew McMillan is a direct descendent of his brother, J.M. Frew.

The Kilmarnock / South Africa rugby connection continued in 1924 when Andrew Ross toured with the British Lions as a Kilmarnock player. One wonders if he and Alex shared a beer and discussed far away Killie. 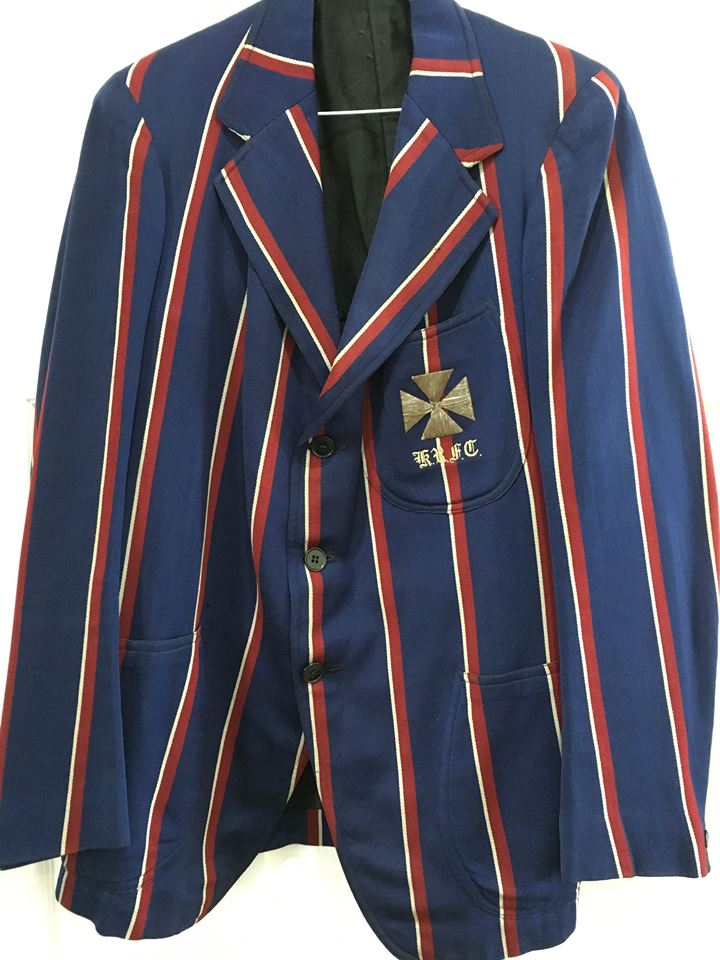