The map below is a section of approximately one sixth of the map which was presented to Parliament during the 1894-95 Session to seek approval of an Act to build railway lines in central Ayrshire.

The pencil writing  talks about offers being made to land owners to purchase their land for the railway construction.

We would be interested to hear from anyone with additional material on this or similar projects in Ayrshire. 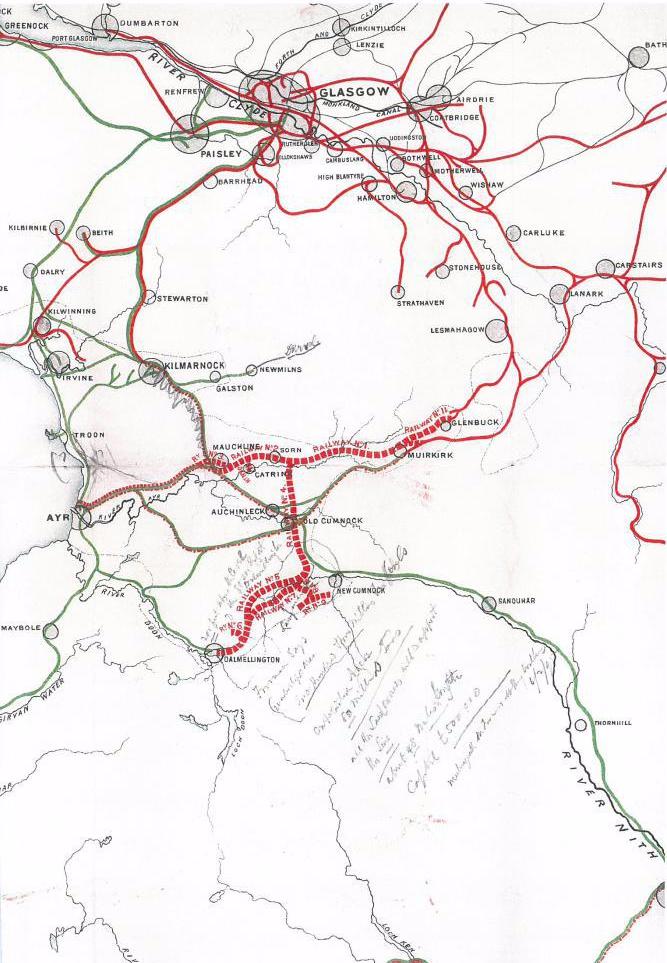