The project has allowed pupils with support from community groups such as Kilmarnock & District History Group and East Ayrshire Family History Group to explore the impact and effects that World War One had on the community of Kilmarnock and more specifically the workers of Kilmarnock Railway Station. Pupils from several local primary schools supported by senior pupils in a secondary school are making use of this expertise along with visits to the Burns Monument Centre to make use of Scotland’s People, an online ancestry resource to build and piece together stories of the lives of individuals and the changes brought about due to the outbreak of war and subsequently the workers leaving for the front either voluntarily or through conscription.

Research is uncovering many fascinating and largely untold stories both with a local and international dimension. For instance one worker was a local harrier before World War 1; accessing Kilmarnock Harriers minutes books from that era has created great interest for the pupils and the harriers too.

Pupils are presently collating their information and research to create an archive and exhibition open to members of the public at Kilmarnock Railway Station to enable the sharing of the heritage learned.

This project provides pupils with access to many of the aspirations of Curriculum for Excellence such as developing sustainable community links. Research and using its findings is demanding, similar to putting together a complex jigsaw puzzle but it has allowed pupils to hone knowledge and skills learned in Maths, Geography and History as well as developing literacy skills when pupils begin to develop their archive of their chosen worker.

Through Social Media the project has created much local interest and in addition Alan Brown, Member of Parliament for Kilmarnock & Loudoun Constituency is keenly following progress. The Provost, a keen historian visited pupils at the station to discuss their research and also help make some of the many poppies that will adorn Kilmarnock Railway Station when the archive and pupil exhibition opens at Kilmarnock Railway Station on Friday 11th November 2016.

The Provost said “I am extremely impressed with the pupils’ knowledge of Kilmarnock at the time of World War 1 and was fascinated to listen to each pupil telling me about the station worker they are researching.”

Callum Hart, Primary 7 Pupil from Annanhill Primary said “I have liked working with the history groups and have enjoyed learning about the Glasgow & South Western Railway Company.”

Katie Woods from Kilmaurs Primary said “I didn’t know much about World War 1, I know a lot more now. I have enjoyed making new friends from other schools too.” 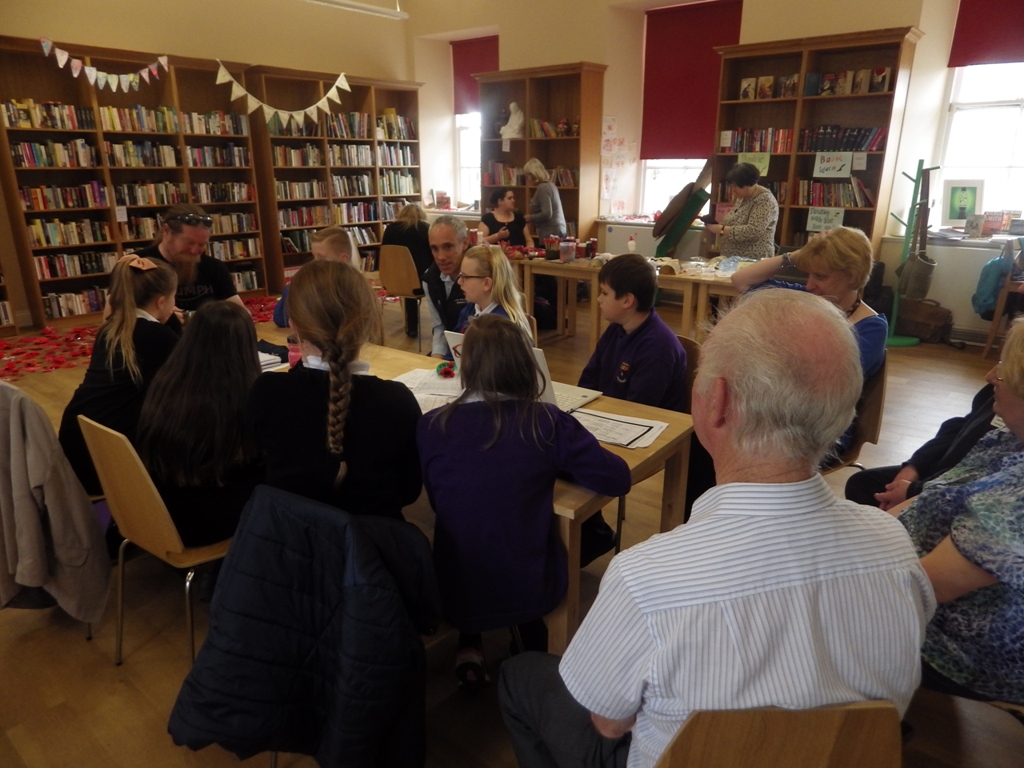 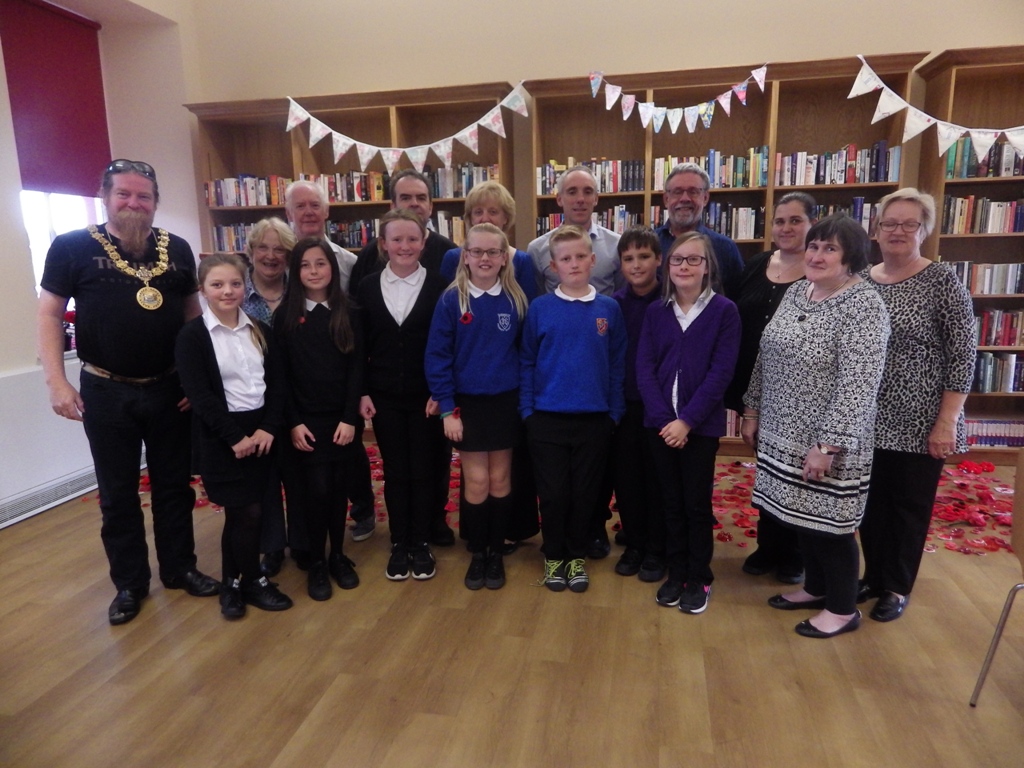